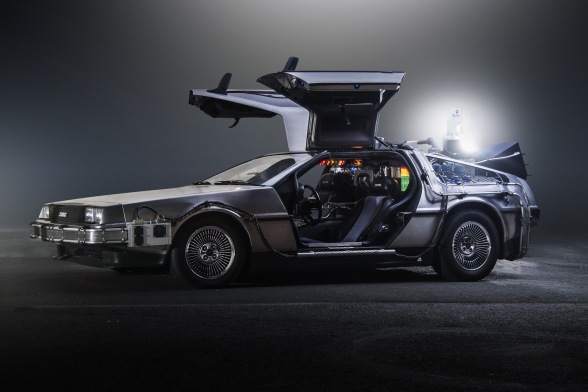 So, I’ve been into this whole ‘going healthy’ thing for a while now. You could maybe blame that on me once being approximately eighty pounds over weight, or the fact that I used to work at a gym, either way I’ve drunk the kool-aid and am in deep.

As time went on since my ‘large and in charge days’, I fell in love with running. Weird right? The fat kid falling in love with running. The same fat kid who swore that he would only run if there was a zombie chasing after them. Regardless, it has turned into my favorite times of the week. It clears my head and works up a good ‘honest’ sweat.

Like most people who work out, I also listen to music. If anything to keep me going and stay in the rhythm of things. Not to mention, If you couldn’t tell by this point, I kinda have a huge crush on music. Don’t tell her.

Just before I went for my last run, I was flipping through the music on my phone to see what sounded appealing. As I did, I came across a name in my artists that I hadn’t heard in a long time, Flyleaf. Thought ‘why not’ and started jamming.

Listening to these old songs, some of which I hadn’t listened to since high school, certainly brought a smile to my face. Like visiting an old friend that you haven’t seen in years, flipping through an old photo book together.

Nostalgia washed over me, then as songs progressed and changed, so did my emotions. Going from joy, to reluctance, happy, to sad and the pattern continued till I found myself sitting on the side of the road weeping. “What the hell?” I found myself asking. “Its only a few songs, why am I feeling this way?”.

It then it dawned on me. The last time I had even heard some of these old songs was during one of the hardest times of my life.

When I was about sixteen, my mom had gotten re-married. Re-married to a man who I didn’t care much for, nor did he for me. A few days after the marriage ceremony we all moved to his house in the country, thus starting a years’ worth of disputes and anger.

I took a deep breath and decided to, instead, take a detour. Specifically to the small lake that was on the property, where I often went to clear my head. On my way there thoughts of ‘why‘ started washing over me. I tried to turn up the music in my headphones to drown out the voices, but I couldn’t help but hearing:

Why was this my reality? What did I do to deserve this? Why do I have to face this hell everyday?

I hardly even made it to the lake side before shear anger and frustration washed over me. My thoughts turned into yelling. Which then gave way to blind rage. I shed the backpack I was carrying and chucked it half way across the lake side. In the process screaming at the top of my lungs:

“Why am I condemned to face this hell everyday? What would you have me do God?”

Then the music, that I had up till that point been ignoring, sounded over the kayos and said:

I want you to Arise

It was at that moment I collapsed under my own weight and shed tears like I had never before. Just like I was on the side of the road the other day. Despite years of difference, experience, and growth, I had been taken back to that exact moment in time. I felt like a vulnerable, angry, and confused teenager once again.

It’s funny how that happens isn’t it? Music, or anything really, can act as this sort of trigger that just takes you back years, decades even. To a you that, if you met today, would feel like a total stranger. This isn’t by any means a bad thing either. Some times its exactly what we need.

Of course most memories are not always so dramatic, and the trigger can be in the shape of anything. A book that your mom may have read to you as a kid, the smell of baking bread, or even the sound of a bird chirping. Anything can magically take you back in time.

Though I had a wave of emotions wash over me during that run, that was all they were, just emotions. It was something that had taken me back to a difficult time my life, but made me look at how far I have come. How far I had ‘arisen’.

That day by the lake stopped me were I stood to tell me something, to arise, and that run stopped me in the same way, to tell me to keep going.

It’s one of the reasons I am so madly in love with music. Sometimes it forces you out of your routine, tackles you if necessary, to deliver an important message. A message that is forever book marked in your brain. Every time I have since listened to that song, I may initially get sad, but the sorrow turns to joy when I realize that I have arisen and I continue to.